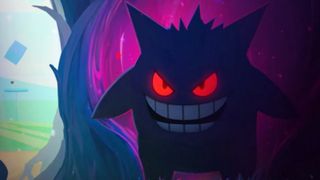 Pokemon Go is getting in on the Halloween hype, with a special event running from October 26 to November 1. Fire up the app and you should see certain Pokemon appear more frequently, while also netting bonus candy from all sources. Here's the breakdown:

Gastly, Haunter, Gengar, Zubat, Golbat, Drowzee, and Hypno will spawn at increased rates globally, so be on the lookout. As for candy, you'll receive twice as much from transferring Pokemon and capturing them, up from one and three to two and six, respectively. Walking your Pokemon buddy is where the real rewards are though, as you'll receive four candies where you would normally receive one. So I would definitely suggest you have the game running as you (or your kids) go trick-or-treating.

I think it's fair to call Pokemon Go a strange phenomenon. It seemed like everyone and their dog was out trying to catch 'em all at launch, with streets and parks crowded by players. Since July though, the number of active players seems to have dwindled, and people are no longer throwing quite as much cash at Niantic. I myself have cooled on the concept quite a bit, though I still turn it on if I'm going for a long walk.

So I wonder: will this Halloween event get you to reinstall and catch 'em all?