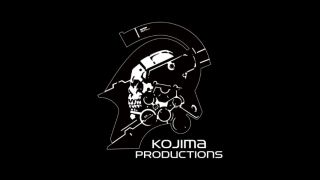 He may be gone from Konami, but Metal Gear Solid series creator Hideo Kojima is still up to his old tricks. What we've seen of the Kojima Productions logo is not all there is, he admitted to Japanese gaming magazine Famitsu - there's a whole body to match, and you might even be able to display it in your home or on your desk sometime in the future.

"I can’t really say yet," Kojima said to Famitsu (as translated by Kotaku). "But this logo has a secret. It has a full body, a really cool full body. We’re planning on putting out a figure version of it."

So there you go. The body exists, it's just a secret for now. Maybe it'll be a giant mech with questionable cockpit placement, or maybe it'll be a woman who breathes through her skin? Anything is possible with Hideo Kojima at the (pun intended) helm.

As for the game Kojima Productions is developing, that's almost just as much of a mystery. Kojima told Famitsu that players of games like Uncharted and The Division should have a good time, but that's about it. Here's to hoping we get some answers on both fronts soon.