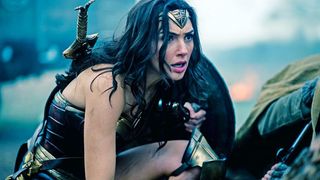 Wonder Woman is a hero. I know it, you know it, but apparently, not everyone does. One very important scene was nearly cut because it didn’t quite fit with the traditional trope of heroes vs villains. It turns out, a superhero doing something out of the kindness of their own heart isn’t obviously recognisable. Who knew? Minor plot details/scene descriptions follow.

The scene in question involves Diana making her way across No Man’s Land in WW1 to rescue a village from the oncoming onslaught of German forces - you’ve probably spotted parts of the sequence in the trailers. This is after Chris Pine tells her that attempting to cross would amount to suicide and that they should continue on with their mission. It’s essentially Wonder Woman’s big debut, and it showcases just how much of a hero she really is. Nice and simple, right?

Wrong. Director Patty Jenkins told Fandango how she had to fight tooth and nail for the scene to be kept in, revealing: “It’s my favorite scene in the movie and it's the most important scene in the movie. It’s also the scene that made the least sense to other people going in, which is why it's a wonderful victory for me.”

So, what was the problem? According to Jenkins, it’s because Wonder Woman wasn’t battling an evil villain. “I think that in superhero movies, they fight other people, they fight villains,” Jenkins explains, “So when I started to really hunker in on the significance of No Man's Land, there were a couple [of] people who were deeply confused, wondering, ‘Well, what is she going to do? How many bullets can she fight?’ And I kept saying, ‘It's not about that. This is a different scene than that. This is a scene about her becoming Wonder Woman.’”

The scene really is a highlight in a movie full of them, so it’s nice to see it make the cut. It turns out, listening to Patty Jenkins over some movie execs was the right thing to do. Who’d have thunk it?