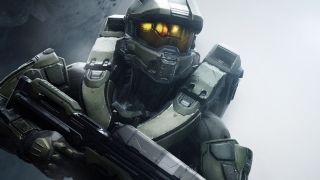 Firefight, a fan-favorite Halo multiplayer mode, is finally ready to arrive in Halo 5: Guardians. The co-op mode has been teased for months, but developer 343 Industries and publisher Microsoft are ready to put the "date" in "update." You'll be able to join forces with your pals and enjoy shooting up Covenant and Forerunner forces in Warzone Firefight on June 29, even if your friends don't own a copy of Halo 5.

Microsoft is making the entirety of Halo 5 free for one week, from June 29 to July 5. That means every multiplayer mode (complete with all of the free maps, weapons, vehicles and armor that 343 has released over the past eight months) and every level of the campaign will be accessible to Xbox One owners, no charge. The game will also be 50 percent off during the same time period.

Along with the new Warzone Firefight mode, Halo 5's June 29 update will bring with it the all-new Grunt Goblin and UNSC Wasp, as well as three new maps, three new armors, a score attack mode for campaign, and golden Covenant vehicle skins. Me, I'm just gonna be happy fighting with my fellow Spartans instead of against them.