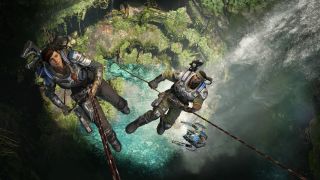 Gears 5 developers The Coalition recently released a post detailing an upcoming technical test of in-development versus modes. The test is set to run two focused test periods of three different modes across two new multiplayer maps. Access to the test is open to any players on PC or Xbox One who have an Xbox Game Pass membership, or to those who pre-order a digital version or a physical copy from selected retailers. The Xbox One test also requires you to have an Xbox Live Gold subscription to play.

Escalation: The Pinnacle objective mode of Gears is back and better than ever.

King of Hill: Capture the hill, enjoy the carnage.

Bootcamp: Practise your skills and learn new mechanics in our new training mode.

The developer also revealed the purpose of running the test, stating, “during test periods, our goal is to test our servers handling an influx of players ahead of launch day.”

“For our PC fans, it gives us a critical opportunity to get the game onto PCs with unique combinations of hardware and software at scale,” the developers wrote, “If any unforeseen issues arise, it gives us the opportunity to identify and address any issues ahead of release.”

The Coalition also said it will enable players to give valuable feedback for its multiplayer modes that will inform development towards launch and beyond. Gears 5 is expected to release on September 10, 2019, so this is a great opportunity to get some early insight into the multiplayer modes ahead of launch. The post lists the retailers for physical copy pre-orders as well as PC spec requirements, so if you want to find out more you can do so here.

Check out our list of all the upcoming Xbox One games you should be excited about.