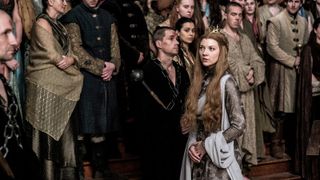 Ramin Djawadi's music in Game of Thrones has always been excellent, but it's rare that his score is allowed to take centre stage. The composer created 'Light of the Seven' specifically for the opening minutes of the season six finale, and it's a big reason why the sequence is so memorable.

"When we started the season, [showrunners David Benioff and Dan Weiss] and Miguel Sapochnik, the director of the episode, reached out to me and said, "There's something coming up in episode 10"", Djawadi told The Hollywood Reporter. We talked about "The Light of the Seven," and how it needed to be a new piece of music. The piano is not really in the language of the Game of Thrones score. We went back and forth about it, and then we came up with the organ, which we used last season with Cersei during the atonement walk and some of the other scenes when she's in prison. But the piano was the new instrument".

"What's great about the scene, too, is there's hardly any dialogue. It's nine minutes long. I knew I had to start minimal and give it space. Let notes ring, then give it space, and build up the anticipation from there, without tipping in either direction. You want to watch the scene and slowly realize, "Wait, what are these kids doing here? And what's this?" And you see the wildfire dripping. You start putting things together, like, "Wait, what's going on?" It was very fun to build. It was so tempting to start earlier, and make it blow up earlier, but I felt like it would be nice to wait until you see the visual of the wildfire and you realize what's going on".

"It was an amazing opportunity to have a long sequence that can carry music like this", Djawadi continued. "In the history of Game of Thrones, there's also a lot of sequences that are without music. The show is very well spotted with where music comes in and where it doesn't come in. Very rarely do we have these long pieces of music like this. This season I think we had it more than in any other season".

I've had 'Light of the Seven' on repeat for the past few days, and it's well on its way to becoming the most memorable piece of music in Game of Thrones (next to the intro). Here's hoping Djawadi gets more opportunities to create more musical magic before the series wraps up.