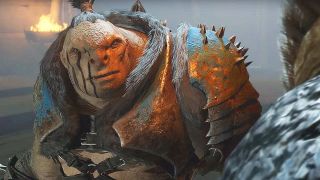 Admit it, 2017 has completely spoiled us for video games. We’ve had spanking new consoles, the celebrated return of historic franchises, the birth of some truly original IPs, a treasure trove of insightful and inspiring indies, and one of the most popular games of all time, not to mention the kind of Nintendo masterpieces that only come around once every blue moon (or should that be power moon?).

With so many great new titles, it was inevitable that our TV screens would play host to a line-up of memorable new video game characters, and the sheer variety of standout personalities introduced via the medium this year has been nothing short of phenomenal.

Some, like Horizon: Zero Dawn’s Aloy, have represented an important step forward for representation, while others, such as Wolfenstein 2’s Sigrun, have come out of nowhere to almost steal the show from the protagonist they’re supposed to be supporting.

The power of a video game’s story is often (though not always) built on the strength of its characters, and with so many amazing story-based interactive experiences in 2017, it’s really no surprise that the fictional individuals found within each one are just as unforgettable.

Take a look at only the bare-bones of Uncharted: The Lost Legacy’s plot, for example, and all you really have is a generic heist flick with a simple four act structure. But it's the relational character arcs of both Chloe and Nadine which transcends that experience into something much more touching and soulful, as the two women slowly begin to open up to each other, and we get to witness their relationship organically evolve from uneasy frenemies to best buds over the course of a few hours.

The Lost Legacy also speaks to the importance of performance in bringing a character to life which, again, is another area where 2017’s games have been so successful. Assassin’s Creed Origins’ central married couple, Bayek and Aya, are the beating heart of a story that wholly belongs to them, but it’s Abubakar Salim’s portrayal of Bayek which underscores his journey with the emotional depth it demanded, as he perfectly captures the Medjay’s humanistic nature, as well as the raw grief fuelling his bloodlust for revenge.

The same goes for Aloy in Horizon: Zero Dawn. Goodness knows how many hours Ashley Burch must have spent in the recording booth performing all of the heroine's lines, but her consistently personable delivery is what keeps the entire adventure both grounded and relatable.

There were even a couple of familiar faces who still managed to surprise everyone this year, by developing in ways we’d never expected (but always secretly wanted), revealing a new side to themselves that enriches our understanding of who they really are. Princess Peach leaves Mario, Bowser, and even the player slightly gobsmacked by her endgame decision in Super Mario Odyssey, suggesting that Nintendo has finally realised it's time its oldest story to grow up, and the same could be said for Zelda in Breath of the Wild.

Alternatively, Star Wars Battlefront 2’s depiction of Luke Skywalker is, for the Star Wars fan, a heartwarming return to a time when the character was burning at his brightest, emanating a warmth and idealism that made us first fall in love with him back in A New Hope. Even Destiny 2 finally gives its original cast the room they had always needed to fully express themselves, and characters like Cayde-6 are no longer just lifeless vendors, they’re familiar friends.

And then there’s the comic relief. The relationship between video games and comedy has never been a harmonious one, as historic attempts at achieving humour via the medium have often fallen prey to immature writing built on the premise of a lowbrow tone. 2017’s batch of comedy characters, however, worked on multiple levels as consistently entertaining sources of laughter, whimsy, and wit.

South Park: The Fractured But Whole is the immediate game that comes to mind for many, I’m sure, but Ubisoft had the benefit of drawing from an already established wellpool of characters and comedic material. Instead, the real achievement comes from the studios who came up with their own walking, talking caricatures, specifically designed to tickle the player’s funny bone.

The three act farce turned tragedy of Bruz in Middle-Earth: Shadow of War, for example, leaves more of a lasting impression than the game’s main story, laced with so much black humor that one cannot simply imagine what Tolkien would have made of the whole thing.

Meanwhile, Wolfenstein 2: The New Colossus thrives by intersecting its moments of heavy drama with brilliant spots of situational comedy, as the kooky yet always believable cast of supporting characters - from happy go lucky conspiracy theorist Super Spesh to Nazi turned resistance fighter Sigrun - interact with each other to hilarious results.

There are so many great characters from 2017, in fact, that I don’t have time to wax lyrical about all of them here, though more personal highlights include Resident Evil 7’s Jack Baker, Hellblade’s Senua, Nier: Automata’s 2B, Edith Finch, and (of course) Cuphead.

The diversity of that list alone is testament to just how lucky we’ve been for make-believe personalities over the last 12 months, and while I doubt every year from here on out will be as character rich as the one we’ve just had, 2017’s legacy is at least reflective of an industry that’s always maturing, continuing to find ways of telling stories through people as much as plot.

By making us feel things, reminding us of ourselves and the people around us, or simply because their visual iconography burns itself into our very consciousness, these characters are the kind that live on long beyond the games they first appeared in, and something tells me that we’ll be seeing 2017’s collection of new faces a lot more in the future.