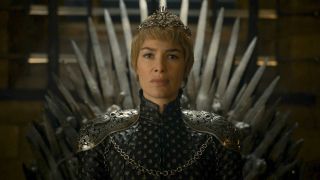 With Game of Thrones season 7 currently shooting ahead of its premiere next summer, now is a great time to revisit season 6. HBO is releasing the season boxset on November 15, making that rewatch even more exciting because BONUS FEATURES. Oh yes, and season 6 absolutely knocked our socks off.

If you've laid your hands on one of the series' boxsets before, you'll know that they're absolutely crammed full of superb extras. We're not just talking a few making-of featurettes consisting of recycled footage. Nope.

Thanks to the folks at WinterIsComing.Net, we know the specifics of the season 6 release. For faux-history buffs there's the Histories and Lore features, delving into Westerosi mythology. For those who dig learning all about the tiny details in an episode... well, it's your lucky day. This set includes a whopping 14 audio commentaries. Yes, that's more than the amount of episodes in the season. Brilliant!

Here's the full rundown of the bonus content across all available formats:

• The Dothraki World – Behind-the-Scenes featurette bringing viewers up to speed on the Dothraki culture, not seen since Season 1.

• Inside Game of Thrones: Prosthetics – Behind-the-Scenes featurette detailing what goes into the show’s prosthetics creation.

• The Battle of the Bastards: An In-Depth Look – Behind-the-scenes piece examining the production challenges of creating this epic event, including explorations of VFX, stunts, and interviews with key cast and crew.

• Recreating the Dothraki World –Behind-the-scenes piece looking at the creation of Vaes Dothrak and its importance to Dany’s evolution.

Blu-ray with Digital Copy – includes all DVD features and the following:

• In-Episode Guide – Dig deeper into the show with this in-feature resource that provides background information about on-screen characters, locations, and relevant histories.

• Histories and Lore – Learn about the mythology of Westeros and Essos as told from the varying perspectives of the characters themselves in 18 history pieces.

• Children of the Forest vs. the First Men: narrated by the Three-Eyed Raven (Max von Sydow)

• Brotherhood Without Banners: narrated by Thoros of Myr (Paul Kaye)