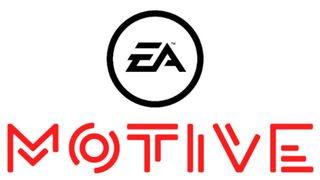 EA Motive is hiring a technical architect for its upcoming unannounced IP. The project was first announced to be in production last fall during an investors call, though we’ve heard basically nothing about it since then. The technical architect will be responsible for evaluating “existing technology [and] target improvements to the engine, pipeline & tools to meet project needs,” according to the job listing EA tweeted.

All of that is to say EA is likely nowhere close to revealing the game. The Montreal-based EA Motive has already seen some upheaval in its brief five years as a studio. Formed in 2015 with former Ubisoft executive Jade Raymond set to lead the way, the boss left the company to join Google Stadia where she currently remains, even recruiting talented new studios comprised of her former colleagues.

To date, EA Motive has just one game to its credit, the controversial Star Wars Battlefront 2, which became the match that lit the industry’s loot box debate on fire. Motive aided the primary developer, DICE, during production of the game before its launch was swiftly undone by what many players considered pay-to-win tactics ruined the early weeks. Now, Motive is surely hoping to forge its own path and attach itself to something memorable for the right reasons.

It’s unclear whether Motive is still working on a Star Wars game in addition to the new IP. Originally, Raymond and Motive were assigned as a supporting studio on Visceral and Amy Hennig’s Star Wars project, but since that’s been canceled, it may be that the relatively new studio is focusing entirely on its original IP.

Motive isn’t the only EA studio hiring for a new IP, The Sims developer EA Maxis is too.