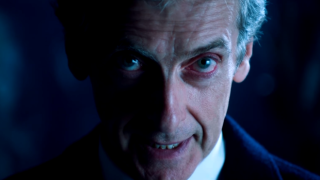 The Doctor isn't the only one who has time-hopping, extradimensional creatures breathing down his neck. A group of unlucky human students at Coal Hill Academy have gotten caught up in the Time Lord's shenanigans, and they're going to have to rely on each other to survive - that's the premise of Doctor Who spin-off Class, and today, the BBC has given us our first look at the upcoming series:

It's interesting that Peter Capaldi (the current Doctor) is narrating and showing his face so much in this teaser. While the focus of the series is meant to be what humans do when the Doctor isn't around to save them, it looks like we'll at least get an intro or some type of cameo from our favorite British alien.

Not that I'm complaining, mind you. After Tennant, I think Capaldi may be my favorite Doctor so far. Hopefully fans will become similarly attached to the… well, class of Class. The series is set to premiere on BBC 3 on October 22.