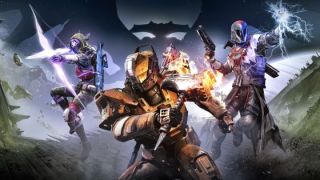 Publisher financial calls are rarely sexy. They do however have a lot of stats and info. Activision’s latest not only talks about the huge Infinite Warfare backlash but also how many registered players Destiny currently has: lots.

This is the specific statment from Activision’s quarterly results.

"On April 12, 2016, Activision and its partners at Bungie launched an update for Destiny, adding content and gameplay improvements which drove engagement increases. Destiny now has nearly 30 million registered players. Later this year, Activision and Bungie plan to release a large new expansion for the Destiny universe".

While Destiny’s updates 2.0 didn’t really add a huge amount of new content it clearly brought in news players. The ‘registered’ bit doesn’t mean that’s actually 30 million active in the game, but it's still a bit number.

The reports also re-confirms a big expansion due later this year. It’s not the first time that’s been mentioned although I’m intrigued that this is the second time it’s been specifically called ‘a large new expansion’, like that’s Acti’s official term for it. Chances are we’ll get a look at what’s coming this E3.