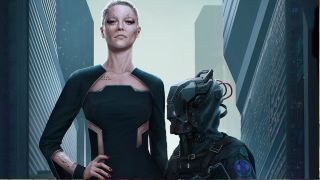 Cyberpunk 2077 studio CD Projekt RED is actually working on three different Cyberpunk projects, according to the president of the company. Industry tipster Nibel has unearthed a report on a Polish business site that reveals that after Cyberpunk 2077 there'll be another game in the universe, and a separate multiplayer project.

The tweet is based on a story on the Polish site Bankier.pl and - thank our cyber overlords for Google Translate - in it Adam Kiciński, president and joint CEO and CFO Piotr Nielubowicz revealed just how dedicated the studio is to its new franchise.

"We're working on three Cyberpunk things - the main game and two more. These are three teams," he said.  This could simply mean a multiplayer mode and a smaller, more casual spinoff (like The Witcher 3's Gwent) or DLC but follow up comments from another bigwig suggested it could be a sequel.

"Our next big project will also be in the Cyberpunk universe, and we're already working on it and treating it as a really big and innovative project for us," added Nielubowicz. With all the time and work that it takes for a game studio to launch a new IP, it makes economic sense that it would be already thinking in terms of a series rather than a one-off game.

Cyberpunk 2077 killed it at E3 2019, and the piece also gave us a sense of when we'll get our next big reveal of the game from Kiciński.

"A strong dose [of information] should be expected at the beginning of next year when the preview will appear. Then industry journalists will already be playing and writing about it."

Cancel all my 2020 appointments.