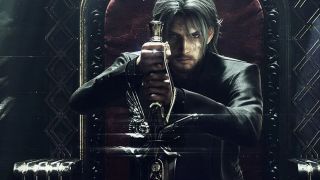 Fantasy will become reality at the PC Gamer Weekender this February 17 and 18, when the developers of Final Fantasy 15 take to the stage at the Olympia in London to discuss the creation of Final Fantasy 15 Windows Edition. Okay, maybe that's being a bit hyperbolic, but it will be pretty cool, and if you've been eagerly awaiting the PC release of the latest in the long-running JRPG series, it's a can't-miss.

Technical Director Takeshi Aramaki and Game Design Manager Kenichi Shida will discuss the creation of the PC version, a talk which should be quite interesting given FF15's long and storied development (which is a nice way of saying we've been waiting for this game for more than a decade). Aramaki and Shida will also be taking questions from the audience, so this is your chance to ask how likely your fan ship is to become canon (or, y'know, more technical stuff - it's your question).

Attendees will also have the chance to see the game in action on PC ahead of its launch on March 6. Considering that FF15 Windows Edition contains not only all previously-released DLC but also boasts support for HDR and 8K resolution, it should be a visual treat as well.

So, how do you get to join in on the fun, hear straight from the developers what it was like to make the game, and check out FF15 Windows Edition ahead of its March 6 launch? Well, you can start by visiting the official Weekender website. There, you'll find all kinds of information to help you plan your trip and what to see while you're at the show. Tickets are available now from £12.99, but you can also use the code GR20 at checkout to get 20% off the ticket price.