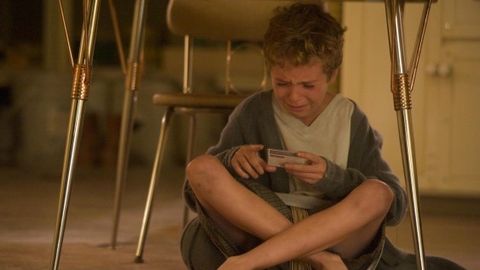 "This is how real-life monsters are made,” Jennifer Chambers Lynch (daughter of David, director of Boxing Helena ) has said of her latest feature.

Leaving concerned dad (Jake Weber) at home, young Rabbit (Evan Bird) and his mother (Julia Ormond) head out to the cinema, promising to take a taxi back.

Unfortunately, it belongs to Bob (Vincent D’Onofrio), who kills her and kidnaps him before chaining him as a slave.

It isn’t the last time Bob brings women home, and as the years pass, Bird matures into actor Eamon Farren, the servant inexorably becoming the apprentice.

Rabbit’s path from sins of omission to sins of commission is expertly acted, with D’Onofrio on unsettling form – although there is a nagging sense that Bob remains less than the sum of his parts.

Monosyllabic, overweight and itchy in his own skin, he’s every redneck killer we’ve ever met, with a modified house that screams “kidnapper” and a backstory so broadly sketched as to be redundant.

A four-star movie right up until the coda, what ultimately lets Chained down is a resolution so infuriatingly stupid it leaves us with a textbook account of how movie monsters are made.

But then, you knew that already.