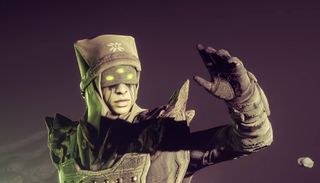 Bungie has been working on a new game for some time now, and based on project descriptions given in new job listings at the studio, it's not entirely dissimilar to Destiny.

This new game doesn't have a proper name yet, so it's still classified as an incubation project at the studio. However, while it's still early in development, Bungie clearly has a vision for this mystery incubation IP. That vision is subject to change, and we can only glean so much from job listings alone, but there are a few standout descriptors here.

A listing for an incubation art director asks, "Would you like to work on something comedic with lighthearted and whimsical characters? Do you think a lot about how art impacts gameplay, how character design can enable fan cosplays, or how character poses and environments speak to different cultures all around the world?" Destiny and the early Halo games aren't totally void of humor, to say nothing of the Myth and Oni games, but Bungie's never been known for "comedic" games, so this is a surprising description if nothing else. I'm picturing a game where every other character has the personality of Destiny's Hunter Vanguard Cayde-6, and I'm not sure how to feel about that.

The listing for an incubation combat designer is more insightful. It doesn't confirm whether Bungie's next game is a shooter - but given the studio's pedigree, I imagine it has guns of some kind - but it does call out "several combat systems such as consumable items, weapons, damage, and perks." It also says that "One day [this staffer] will be building and balancing new weapons, the next day working on a damage system, and the day after that you'll be working on player character perks."

The most interesting listing may be the one for an incubation economy design lead. The fact that this position exists at all tells us a bit about Bungie's next game, and its overview is a big eyebrow-raiser: "You'll be responsible for helping design drop rates, reward curves, progression systems, and more. If something has the potential to be earned, spent, or traded, you'll help us figure out how, where, and when!" This idea is echoed in the position's responsibilities: "Own investment-focused systems concerning quest, weapon, armor, and equipment economy, progression, and rewards." Whatever Bungie's working on, it seems to have loot, and unlike the loot in Destiny and Destiny 2, players may be able to trade it.

Based on the listing for an incubation senior online engineer, this may also be another online game. "Are you inspired to create a hopeful new game world that brings players together from all over the planet?" it asks, later specifying that "You’ll work with a team to use a wide range of technologies to build core networking systems, develop online infrastructure, and deliver game features on the path to production."

We probably won't see or hear much about Bungie's new IP until 2021 at the earliest, and with PS5 and Xbox Series X on the horizon, it will likely end up being a next-gen or cross-gen title.

Bungie CEO Pete Parsons previously said the studio would release other franchises and transform Destiny by 2025.