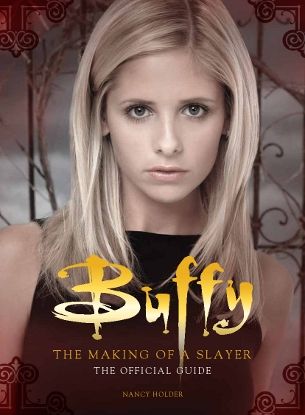 Buffy : The Making Of A Slayer book review: Bored now.

This lavish hardback making of Buffy The Vampire Slayer arrives 15 years after the show’s debut. If that makes you feel old then reading it you’ll assume Nancy Holder thinks you’ve gone senile as well, as so much of the text is dedicated to extended synopses of the series’s seven seasons.

The book is nicely presented and an easy read, offering an occasionally insightful overview of the show’s time on the air, but doesn’t go into significantly greater depth than even the DVD documentaries, and the lack of new interviews with the key players is a disappointment, particularly given this is the first fully authorised retrospective.

Also, be aware that the British version is missing 13 removable artifacts and a clamshell slipcase available in America. Only completists need apply.