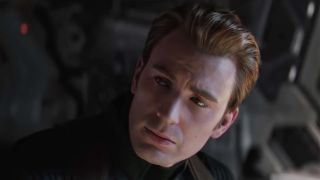 Living in the UK? You might want to take April 25 off (or, y’know, pull a sickie). That’s because reports have surfaced that Avengers 4: Endgame has had its UK release date moved forward slightly. Sure, it might be only a 24-hour push from its current April 26 slot, but every second counts when it comes to avoiding spoilers for one of the biggest movies of all time.

According to Comscore Movies UK, a company specialising in box office data (i.e. it can probably be trusted), Avengers: Endgame now has a UK and Irish release date of April 25. Those in the US, meanwhile, might want to do everything they can to avoid social media on that day – weirdly, a Thursday – as it doesn’t release over there, nor in most other territories, until a day later.

NEWS FROM THE UK & IRELAND RELEASE CALENDAR:Avengers: Endgame will have a Thursday opening, 25th April.29 January 2019

Think this is being done without any rhyme or reason? The UK getting favourable Marvel releases is nothing new. In fact, Avengers: Infinity War pulled the same trick on its audience by pushing Infinity War forward in the UK to April 26 while those Stateside had to twiddle their thumbs for a whole day before its US release on April 27.

It could be worse. Captain America: The Winter Soldier arrived in the UK on March 26, 2014 and in the US on April 4, 2014, a whole week later. Imagine if they did that now – there’d be riots and, even worse, hashtags.

Still, we’ve received no word from Marvel or Disney that Endgame has definitely had its UK release date pushed forward, but it wouldn’t be out of the ordinary to see the fourth Avengers movie arrive just a bit earlier across the pond. As a Brit, that does put a smile on my face.