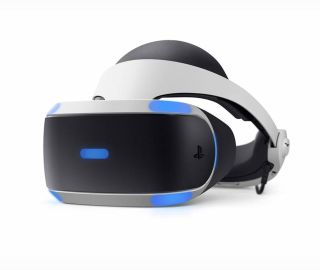 A new report has added fuel to rumours that Sony could be working on a next-gen PSVR headset for the PS5.

The original PlayStation VR headset was released back in 2016 and with a list of VR games to choose from, it’s still arguably one of the superior choices for dipping into the virtual world on a budget. With it already selling five million units, and the PS5 just around the corner, a flashy, next-gen headset would be a smart choice for Sony.

According to Bloomberg, Sony is planning a new bit of VR kit, with a release date set just after the PS5 launches.

Previous reports from Inverse suggests that patents and trademarks were filed by the Japanese giant, giving details on specs and pricing for the rumoured PS5 PSVR headset, whilst showing off some impressive prototype pictures. Possibly the most exciting feature in the Inverse report, is the talk of new eye and head tracking technology.

The PS5 has already been confirmed to have backwards compatibility which presumably means we will be able to play older VR titles on the next-gen tech.

Unfortunately, we still don’t have details on an official release date, or whether it’ll be an official PSVR 2 headset or a buffed up version of the original, like the 2017 release of the CUH-ZVR2 model.

Looking for some great games to play with your PSVR? Check out our list of the 10 best PSVR games and what you need to play them