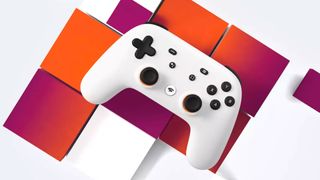 They're finally here, folks – achievements have finally rolled out on Google Stadia.

"Our achievement system is here and you will now receive notifications when playing on desktop, laptop, and TV," Google announced by way of its official Twitter account (thanks, TechRadar). "You can view your full achievement list on web, including all the ones you've earned since you began playing Stadia."

🔔 Our achievement system is here and you will now receive notifications when playing on desktop, laptop, and TV. You can view your full achievement list on web, including all the ones you've earned since you began playing Stadia. pic.twitter.com/VX7cGg9K9kDecember 20, 2019

Interestingly enough, however, Google calls this its "first version of achievements" and confirmed via a Community Update that whilst the feature was now live on Chrome browser and Chromecast, mobile app users need to "hang tight!" as that doesn't seem ready to deploy until 2020.

The good news is that if you were an early adopter of the streaming service, your achievements have been tracked since launch even though they hadn't yet been activated to unlock and pop a notification.

Google also confirmed it has “more in store” for achievements in the coming year, but didn't elaborate on what, precisely, that might mean. Watch this space, eh?

As Jordan so diplomatically put it a few days back, Google Stadia has been experiencing teething pains since its release last month. The platform launched with only a handful of multi-platform titles and a single exclusive, Gylt, which GamesRadar+ called "a modern gateway horror."

The latest game to join Stadia's roster is Ghost Recon Breakpoint, which released on the streaming platform last Wednesday, December 18. It's also the first game to make use of the cloud-based console's Stream Connect feature.

Despite a fairly limited selection of games, the Stadia is home to some of the best games of the decade.