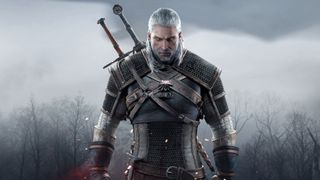 The Witcher season 2 is set to feature two new witchers according to a new report – one of which is Lambert, the brash young monster hunter frequently at odds with Geralt of Rivia in the game series.

Fans of The Witcher games should be familiar with Lambert. He shares several scenes with Geralt at both the ancestral home of witchers, Kaer Morhen, and beyond, including one infamous moment where he’s the subject of a short, sharp, and very sweary limerick from Geralt.

Perhaps more immediately interesting, though, is Coen. The witcher has a fairly large role to play in the books – which could hint at what to expect in season 2.

Coen appears in Blood of Elves and trains Ciri at Kaer Morhen in the art of swordplay and combat. So, not only does that suggest Ciri will be getting her hands dirty with an Arya-like arc in the upcoming episodes, but that Geralt and Ciri (finally together after The Witcher season 1 ending) will be heading north.

The report also says that they’re unlikely to be in the whole of season 2 – just three episodes – but their influence could stretch further if the events of the Netflix series mirror the books and games. Not least, Geralt’s ability to pen a mean poem.

Start bulking out your watchlist with our definitive look at the best shows on Netflix.