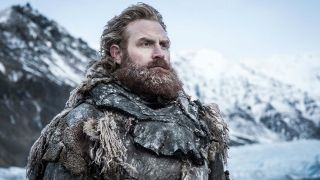 Things could be beginning to take shape for The Witcher season 2 – that’s according to a social media post that possibly suggests a Game of Thrones actor is making his way from Westeros to The Continent.

Redanian Intelligence has spotted an Instagram entry from director Stephen Surjik. Not only has he reportedly been scouting out locations for season 2 of the Netflix series, but he also included an interesting trio of hashtags in a recent post, one for Henry Cavill (Geralt), one for Anya Chalotra (Yennefer), and another for Kristofer Hivju.

Does that name sound familiar? It should do. Hivju starred as Tormund Giantsbane all the way up until Game of Thrones season 8.

The post has now been deleted – read in to that what you wish – and no official confirmation is forthcoming, but it should excite fans of both series. After all, the man looks like he was born to appear in any and every world of magic and monsters that can contain him.

Then things get curiouser and curiouser. One of Hivju’s last half-dozen follows on his own Instagram account just so happens to be the official account for The Witcher Netflix series.

Social media activity is not always a definitive barometer of what’s happening next. But that also sounds like one too many coincidences for it to be anything other than the Norwegian actor potentially rocking up in The Witcher’s second season (which is set to begin production shortly). I’m already excited.

Most of all, though, I just want to see Cavill’s Geralt face off against the towering Hivju, realise the task ahead of him, and whisper “Fuck.”

Still obsessed with The Witcher? Get the full picture with our Witcher timeline, plus have all your finale questions answered with our guide to The Witcher ending.