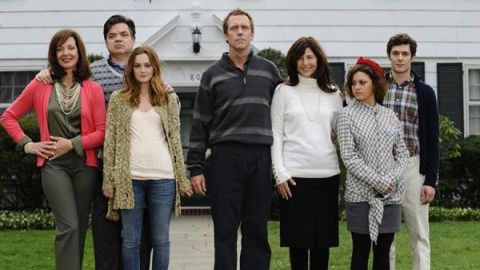 Catherine Keener and Allison Janney are largely wasted in shrill wife roles, while Arrested Development’s Alia Shawkat never quite clicks as our wry eye into the chaos, but it’s an amiable, relatively unpredictable domestic farce.

An off-kilter script and winning turns from Laurie, Janney and Meester help disguise how much the film is hedging its bets, flirting with a darkness it never quite dares to embrace.