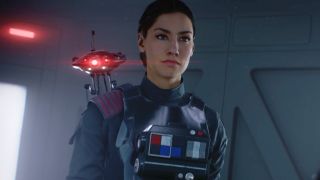 The war for the stars has started early: Star Wars Battlefront 2 is now available in limited form via Play First trials on EA Access on Xbox One and Origin Access on PC. You can pick up a 12-month subscription to EA Access on the cheap right here - the sale will support GR+ too, so that's nice. Battlefront 2's Play First trial gives subscribers 10 hours to try out a good-sized portion of the full game, including multiplayer modes, arcade, and even some of the single-player campaign (which fleshes out some of the events that take place between Return of the Jedi and The Force Awakens).

Any progress you make in the Play First trial will transfer over to the full version once it comes out on November 17. If you burn through your 10 hours too quickly, you can always play Star Wars Battlefront (2015) for free as part of the EA/Origin Access Vault, not to mention a bunch of the publisher's other games.

Players also got a chance to try out Star Wars Battlefront 2 early in the open beta last month. Since then, EA altered how its intertwined loot box and progression systems work. Reactions are still too early and limited to read too much into the changes, but everybody can agree that, yep, the game looks ridiculously pretty. Here's a snap of some forest-green Clone Troopers from Reddit user around100bums.

Lovely. Takes me right back to my Republic Commando days (I'll never forget you, Sev).

If you want to learn more about the game, check out our Star Wars Battlefront 2 info article. And read up on Star Wars: The Last Jedi so you can try and guess what stuff from the upcoming movie will make the leap into the Battlefront.