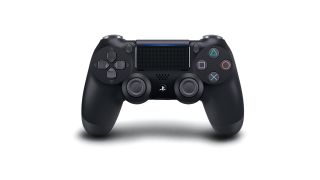 PS4 Remote Play lets you stream games from your console to your computer or phone, but how about beaming them straight to your Switch or Apple TV? Those are some of the many possibilities seemingly put forth in a new PS4 Remote Play user feedback survey, with a selection of especially intriguing questions shared with the public by Reddit user YouRedditHereFirst.

Maybe a few years ago streaming your PS4 games to your Switch so you can play them in bed or on the toilet or wherever would sound unrealistic, but anything's possible in our grand cross-play future. Granted, you could already stream PS4 games to with PlayStation Vita, but this way you wouldn't have to dig your Vita and its charger out of the closet.

While it's possible the survey screenshots were fabricated, Sony has been known to float potential ideas for new console features in official surveys in the past - and none of the concepts presented for feedback are so outlandish as to suggest fan wish fulfillment. That said, I haven't been able to spot anybody else sharing the survey yet, so I've asked Sony to confirm if it's legit and will update this story with the company's response.

Here are some more PS4 Remote Play ideas presented for feedback in the survey. Remember, these points showing up in the survey doesn't mean Sony will necessarily pursue any of them.

Every time I try to picture what a portable DualShock 4 controller would look like, it just ends up being that PS3 boomerang with a hinge in the middle. It's probably for the best that they didn't send this survey to me specifically.

See what else is on the horizon with our list of upcoming PS4 games.