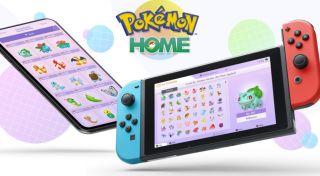 Pokemon Home is scheduled to launch later this month, and thanks to a new batch of screenshots and information recently published by Japanese gaming outlets (translated courtesy of Serebii), we now know a bit more about how the app will function.

The headlining factoid comes from 4Gamer, which reports that Pokemon Home Switch users who have multiple accounts on one console will have the option of maintaining individual Pokemon Home collections or combining them into one big bank. This is the first we've heard of this feature, and it could use a bit of clarification from Nintendo itself. For now, here's the full quote from 4Gamer via Google Translate:

Several other outlets examined the features and limitations of the app's trade and transfer functions. For instance, you won't be able to send Pokemon Eggs to Pokemon Home, and if you bring in Pokemon from Pokemon Let's Go Pikachu or Eevee, you'll need to move them to Pokemon Sword or Shield to retain their abilities. For this reason, the app's Global Trade System, wherein players search for specific Pokemon to trade for, will let you view which game a Pokemon came from. You'll also be able to filter your own collection by region, allowing you to check Pokemon from Kanto, Johto, Galar, and so on.

Finally, here are a few screenshots collated by Serebii which show off the mobile version of Pokemon Home. From left to right, we have the Friend Trade, Global Trade System, and Wonder Box interfaces.

Here's everything you need to know about Pokemon Home Premium pricing.