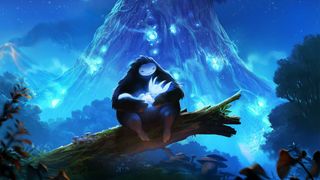 Moon Studios, the developer behind the acclaimed indie darling Ori and the Blind Forest and its upcoming sequel, is already recruiting for its next video game project. That’s according to a new job listing, first spotted by the folks over at VGC, where the studio has put the call out for new senior game designers to work on what appears to be a new action RPG.

“After redefining the Metroidvania genre with the Ori series,” the job ad reads, “our next goal is to revolutionize the ARPG genre.” Having initially established itself in 2010 before releasing the first Ori game just five years later, such a description leads us to believe that the Australia-based dev has similarly high ambitions for whatever this new project is. Ori and the Will of the Wisps is set to arrive this 11th March, so there’s certainly room for something fresh in its development schedule.

The job ad description shows no indication of this ARPG game being exclusive to one platform at this time, but it does make clear that prospective applicants must be passionate, experienced and “have a love for all things Diablo, Zelda, Dark Souls and other games in the genre”. Just from these three games mentioned alone, it’s safe to assume that this project will be something totally different from anything Moon Studios has released thus far.

Ori and the Blind Forest first released in 2015 on Xbox One and PC to critical acclaim, eventually bringing its 2D Metroidvania magic to Nintendo Switch just this year. We’ll have to wait to see if its 2020 follow-up can live up to the original, but this recent job listing does now confirm that Moon Studios has been working on two projects simultaneously, with the ARPG’s development well underway.

Hungry for more delightfully charming Metroidvania games? See our list of the best of them.