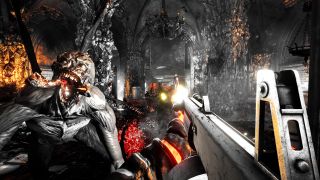 The latest PlayStation Humble Bundle is all about indie games, and will be available through Tuesday, February 12 at 12pm EST / 9am PST / 5pm BST. Unlike the narrowly themed PS4 bundles of the past, this one features games from a variety of publishers, hence the unlikely combination of Grim Fandango, Killing Floor 2, and The Talos Principle. Here are all the games being offered, sorted by how much you need to pay to get them.

As a bonus, you'll also receive the soundtracks for Grim Fandango, InnerSpace, Layers of Fear, and Broken Age on top of the games themselves. If you're wondering, the charities that this Humble Bundle supports include GameChanger, which brings video games to sick kids; Save the Children, which assists kids in need around the world; and RSRT, which is dedicated to treating and one day curing the neurological disorder Rett Syndrome. Good games, good deals, and good causes - what's not to like?

You'll find plenty more games for your PS4 in the latest batch of PlayStation Plus free games.