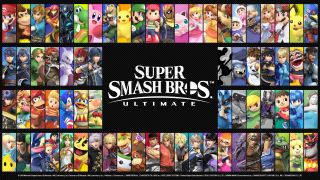 Nintendo recently announced another Direct is on the way that will reveal the upcoming fighter DLC coming to Super Smash Bros. Ultimate and here's how to watch it.

The Direct is set to run for around 35 minutes and will start streaming today, January 16, at 6am PST/ 9am EST / 2pm GMT. You can catch the live stream right in the video below:

We do know that the game director Masahiro Sakurai will give an in-depth look at the new DLC and will reveal the new fighter joining the already massive roster of fighters.

While of course nothing official has been revealed yet, current rumours are circulating that the next fighter could be Dante from the Devil May Cry franchise. Devil May Cry's producer Matt Walker said in a video on Twitter that more special updates are coming, and DMC fans should take note of certain dates including January 16. Coincidence? It would be a big one. Given the upcoming release of a Switch port for Devil May Cry 3 on February 20, it does seem very likely and would naturally tie-in well for that release.

We had plenty of surprise additions to the fighter roster last year, including Banjo-Kazooie from the classic Nintendo 64 game, Terry Bogart from Fatal Fury: King of Fighters, and even an Undertale Sans skin for the Mii fighter. One of the first new fighters came in the form of Joker from Persona 5, who was memorably revealed at the Game Awards 2018 with a trailer in Persona's signature art style, complete with a catchy tune.

While it seems quite likely that it will be Dante, Nintendo could still have some surprises in store for us.

Here are all of the upcoming Switch games for 2020 (and beyond), or see the video below for the most exciting games coming to multiple platforms this year: