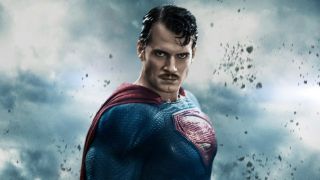 Justice League is out, for better or worse. Some like it, many hate it, and a few in between think it’s just sort of okay. But, having a trawl around Twitter today, after the movie’s first weekend on release, it’s obvious that one subject is getting the world more passionate than any other.

Or rather, the lack of it. Because, as well publicised before the movie’s launch, actor Henry Cavill’s finely crafted facial fuzz for Mission: Impossible 6 contractually could not be removed for the Justice League reshoots. Cue a Superman with a rubbery, CGed top lip during many of his scenes, indicating that second director Joss Whedon did a lot of Superman reshoots, providing a fair bit of uncanny valley nightmare-fuel along the way.

Read more: 9 questions I have after watching Justice League

There seem to be four key reactions. The first is the minority of people who don’t think the CG Super ‘Stache looks too bad:

I didn't notice the scenes where Henry Cavill's moustache was digitally removed. I bet most people won't notice any difference between the original shoots and the reshoots with the moustache. If you did, you were probably looking for it.#JusticeLeague #SupermanNovember 17, 2017

that picture of henry/clark with the cgi mustache cover up looks so bad but when you’re watching the scene you can’t even notice tbhNovember 17, 2017

But to be fair, there are very few of those vs. the lots and lots of people who seem to think it’s pretty damn obvious, however hard you look. And also, pretty bad.

Superman’s awful CGI mustache removal opens the film, signaling exactly what you’ll get: Something that resembles the #JusticeLeague, but isn’t quite right.November 17, 2017

What on earth happened to #JusticeLeague? Because it’s total poop. An insincere, upside down broken excuse of a film. Even Gal Gadot can’t rescue it. Villain is boring, so is the plot, and Superman’s CGI-removed moustache makes him look like a Sims character. Sims 1.November 18, 2017

btw you can totally tell which Superman scenes in #JusticeLeague cavill shot with a mustache and it's 935274% worse than Batman gunning down dozens of goons in BvSNovember 17, 2017

But it certainly wan't all bile and loathing. Some people were much more constructive. A couple even offered solutions, which might make a special edition home release much better, or could be used in the next movie if a similar problem arises.

Instead of removing Superman's moustache they should've just superimposed Cappy from Super Mario Odyssey onto his head! #JusticeLeague #SuperMarioOdysseyNovember 19, 2017

They should have just painted over Superman's mustache like Cesar Romero in the 60's Batman show. Problem solved! pic.twitter.com/WEdPtIu29TNovember 18, 2017

But, more hearteningly, the most significant movement to have come out of Twitter's response to Justice League seems to be a burgeoning fandom for Henry Cavill's tragically unseen facial hair. The people love an underdog, after all, and in this case the underdog lives under Cavill's nose. The moustache might actually be the biggest hero to emerge from the movie.

I just want a spin-off about Superman's moustacheNovember 19, 2017

it breaks my goddamn heart that we were denied a movie featuring Mustache SupermanNovember 16, 2017

Superman better have a moustache in the post credits scene.November 19, 2017

Legitimate question: If Superman had a moustache in #JusticeLeague would it have a higher Rotten Tomatoes score? pic.twitter.com/iKENkYPVdiNovember 17, 2017

Justice League would've been a 10/10 if they just decided to keep Henry Cavill's moustache on SupermanNovember 19, 2017

Still, whatever the on-screen future of Superman's CGed moustache, at least it will live on immortal in merchandise...

To maintain the integrity of the film, all future Superman toys from #JusticeLeague will now include...DIGITALLY REMOVED MUSTACHE SUPERMAN pic.twitter.com/lng6lLGF9zNovember 20, 2017