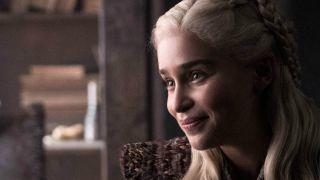 The Emmy-nominated Game of Thrones season 8 finale script is now available to read online. The 45-page document, written by showrunners D.B. Weiss and Dan Benioff, is crammed with in-jokes, hidden details, and may just give you a better perspective on the creative process behind one of the most divisive TV endings of all time.

The script in question, for series finale ‘The Iron Throne’, is accessible on the Emmys site. No matter your opinion on how the show stuck the landing, it’s certainly not a dull read.

For one thing, the final shot can now be (quite literally) read as far more optimistic than even the show displays. Grass is growing; there’s emphasis on children being able to live a free life North of the Wall – it’s all undeniably vivid and proves that, yes, the showrunners are good writers, despite what some people on the internet may tell you.

It’s the moment of Dany’s death, though, that could hit hardest – and is well worth a second (or even third and fourth) read. It may even help improve your opinion of the three or four minutes of aunt-killing screen-time that got tongues wagging. Here’s an excerpt:

“The dragon rises up on his hind legs, towering over Jon. In a beautiful, terrifying tableaux, he roars to the sky, the embodiment of rage. He looks down at Jon. We see the fire build up in his throat. Jon sees it as well. He prepares to die.” Goosebumps.

There are some cute little asides too, which help add layers to the characters that wouldn’t quite have translated well onto the screen and probably gave the cast and crew a chuckle at the table read. In one such scene, Arya asks Jon and Sansa: “What’s west of Westeros?” The script reveals their lack of knowledge at that moment, as the pair are described as having “both failed geography.” Brilliant.

For all the scorn Weiss and Benioff received in the wake of the finale, the chance to relive the Game of Thrones finale from another angle is utterly compelling. We’ve only picked out a handful of moments, but you can now go and find more yourself in every line, sentence, and word. The pages are filled with the sort of nuggets that show just how much work goes into Game of Thrones (and any TV show or movie, for that matter) – and that sort of access is worth more than all the riches in the Iron Bank put together.

Despite the script spewing forth all of its secrets, we still have questions. Lots of questions. Here are some of the biggest ones we had after watching the Game of Thrones ending.