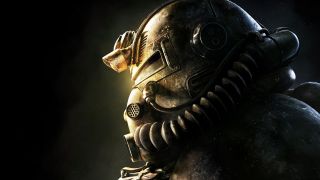 There's a Fallout 76 free week happening right now, following its announcement at the Bethesda E3 2019 conference. You'll be able to sample some new Fallout 76 content and everything else in Appalachia for free starting June 10 through Monday, June 17, so if you've been on the fence about playing and you're wondering how all those updates have improved the game, now's the time to dip your toes in.

The headlining act for the Fallout 76 free week is the Fallout 76 battle royale mode, called Nuclear Winter. You'll have to deal with other players, environmental hazards like an encroaching (and very literal) ring of fire, monsters like Scorchbeasts, and even hostile nukes as you fight to become Overseer. A sneak peek of Nuclear Winter will be available through June 17, but Bethesda didn't announce when the mode will be officially added. If you've always thought battle royale was what Fallout was missing, this is your time to shine.

Naturally, you'll also get to sample the new content described in the latest Fallout 76 patch notes. The biggest addition was Project Paradise, something of an underground dungeon beneath Arktos Pharma in the Forest region. Fallout 76 also recently added a Legendary merchant, player-run vending machines which serves as stores, and yet more CAMP building options. Just try not to get caught up in the death labyrinths some players have been building.

If you're new to this whole survivor thing, we've got 24 essential Fallout 76 tips that'll help you survive and thrive out in the Appalachian wasteland. If you're more of a classic Fallout person, the Fallout 76 human NPCs coming in the free Wastelanders expansion may pique your interest.