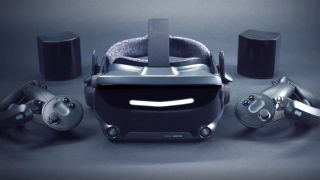 "The future belongs to those who believe in the beauty of their dreams" once said former First Lady Of The United States Eleanor Roosevelt. And wow, we thought we were excited about The Last Of Us 2. And yet dear Eleanor's words do come close to articulating where video games find themselves at the start of this new decade. New tech, fewer boundaries, more money and influence involved than ever before, the future of video games is going to be quite unlike anything we've seen outside of the limitless land of nod.

This being the start of the year, and us having received a shiny new crystal ball from Santa a few weeks back, your friends at GamesRadar thought we'd combine the two and attempt to predict the trends that will follow in the months to come. Feel free to bookmark this page and laugh at us when the future of gaming turns out to be smell or something…

Here's an astonishing statistic; last year, mobile gaming recouped an estimated $68.5 billion. That translates to 45% of the entire video game market. More facts; mobile games account for 33% of all app downloads, 74% of consumer spend and 10% of all time spent in-app. In their 2019 report, App Annie, the leading global provider or mobile market data, show that 50% of mobile app users play games, making this app category as popular as Spotify and Apple Music, and second only to social media and communications apps in terms of time spent.

Make no mistake; mobile gaming is going nowhere. Not only that, but it's not just facts that are coming your way; there's a perfect storm brewing too. Advancements to cloud gaming technology, plus AAA developers increasingly embracing mobile gaming as a priority not an afterthought, plus the birth of 5G… well, all these factors look set to align and make 2020 a flagship year for gaming on the go. And speaking of 5G…

5G is going to be huge for gaming

Though 5G has been available in limited parts of the UK since May 2019, most mobile devices still don't support it, while the entire service doesn't look to be the standard countrywide until at least the end of this year. But there's a reason why so many in the video game industry are so excited about the moment we all finally get synced up together. Troels Ringsted, senior research lead at Verizon Media's Ryot Nordics, recently told MobileMarketing, "There's no doubt 5G has the potential to revolutionise the way we interact with the physical and virtual world. [That said,] everyone knows how annoying slow internet can be, but we are already streaming video and gaming on our 'slow' internet; so, what's the big deal? What makes 5G really revolutionary is the reduced latency. The stability and low latency will come from utilising short-range frequencies as well as advancements within both hardware and software."

Troel's goes on to explain how the real-time rendering enabled by cloud computing will theoretically allow us all to live in a mixed reality world. He goes on to describe a plethora of augmented reality potential. The ability to 'see' each other as our preferred game avatar. The death of language barriers, as translation will be able to occur in real time. The ability to place advertising within games based on location and interest potential. "It does sound like a futuristic dream and it will not happen in the next year," he says, "but gradually over the next decade, we will see these things and similar become a reality."

Industry regulation could change the way we play

Belgium and the Netherlands won't be the last countries to take a hard line against the concept of loot boxes. Since April 2018, both countries have banned the practice, citing violation of their gambling laws, and we've no doubt that more will follow. We've already seen the intervention of U.S. Congress, with loot boxes planned for inclusion in Star Wars: Battlefront 2 being removed and accusations of "predatory tactics" being levied against developer DICE. You lot, it seems, are on their side. Note that said development team's response defending the practice is the most disliked comment ever on Reddit.

And yet there's so much money as stake here, don't expect the game industry to let the regulators impose rule without a fight. Last year EA's FIFA Ultimate Team feature was said to account for 28% of the AAA giant's entire income; company CFO Blake Jorgensen has stated that FUT is worth a billion dollars in revenue each year (and still they can't secure a Juventus licence!). Nobody gives that kind of money up easily. Despite more eyes being on in-game transactions than ever before, last year Rockstar added the ability to spend real world money on virtual Casino chips in GTA 5. Make no mistake. There are brains at all your favourite video game companies working overtime on how to swerve any incoming regulation.

Audiences will continue to grow

The increased accessibility of gaming will undoubtedly create a swell of new players who never in a million years would have considered themselves, yuk, gamers. You might say this started with Nintendo's Brain Training, continued though the phenomenon that was the Wii, then excelled further via the cultural omnipresence of King's Candy Crush (58% of whom are playing are women, most of whom confess to having never played a game before). As of 2019's close, there are estimated to be 2.5 billion active gamers, almost one third of the global population. This is awesome! Video games for all! All this has brought forth some unlikely parties in the search of pie.

With (deep breath) Google, Verizon, Apple, Microsoft, Electronic Arts and Amazon already declaring their intentions to launch game streaming services, US Gamer reports that none other than U.S. retail giant Walmart are planning their own service. Perhaps this isn't so unlikely; Walmart has owned Vudu, a streaming service for movies and television, since 2010. In September 2018, they entered a partnership with MGM to produce Vudu's first original shows.

Physical media is on the decline

Advances in bandwidth have resulted in most other entertainment industries shifting to a service model. 2020 will see how serious games are in joining TV and film in adopting similar methods of distribution. At the time of writing, the intent seems real; few would claim to be unaware of Microsoft's Project xCloud and Google's already up and running with Stadia, while the arrival of 5G and its accompanying latency should only help to bolster the prospects of both services. Elsewhere, after a ropey start Xbox Games Pass has finally become a vital service for fans of the green brand, while – um - PlayStation Now continues to be the obtuse beast it's always been.

But I like owning my games! Well, it seems you're in the minority; according to Statista, physical PC and video game sales have plunged from 80% of total sales in 2009 to 17% in 2018. It can't just be us who have noticed branches of Game (the number one video game retailer here in the UK) devoting more space to accessories than games. But there is an opportunity here; cast your mind to music and the ever-resilient vinyl market. Could well crafted physical media, with added value and artistically minded packaging, keep the games you can have and hold alive? Maybe…

A make or break year for VR

The VR market remains a niche – and fractured – one. In a recent interview with Australian gaming news site Stevivor, Xbox kingpin Phil Spencer shared the news that Xbox Scarlett won't be designed with VR in mind. it's fair to say that prohibitive pricing and a lack of must play experiences haven't helped VR become the home run it for so long seemed to be.

Sony, however, remain all in, with the company recently confirming that their headset will be compatible with their forthcoming PS5. The Japanese giants sit at the top of the table within the VR headset market; SuperData shipment numbers show that in the first three quarters of 2019, Sony moved 4.7 million PSVRs worldwide. These are tiny numbers in comparison to the 102.5 million PS4's and 44 million Xbox's sold in the same period, but SuperData also estimates that VR revenue will show 41% growth to $4.5 billion in the coming twelve months. It'll help that, finally, the games are en-route; will Half-Life: Alyx, due this March, become VR's first real unit shifter? Time will tell, but Spencer's talk does feel premature.

Augmented reality will continue to grow

Let's face it, the last time any of us were genuinely happy were in those innocent early days of Pokemon Go. These were blissful days lost within the soft fog of gaming utopia. Days in which people who were otherwise strangers connected in search of elusive Snorlax. Where the desire to own our favourite pocket monsters got us dressed, out of the house, and into the rain. Days in which gaming didn't so much feel like the usual escape from life, but an experience that ran in tandem with it.

You can't help thinking that in 2020 developers will be looking to use similar technologies to create similar experiences for players. As you've heard countless times in this list already, 5G, better latency and all the rest will undoubtedly aid innovation. What new genres will subsequently be born? Few would have predicted the live-service storytelling phenomenon that is Fortnite. Even fewer still would have expected Hideo Kojima to base an entire game around the physics of balance!

The rise of ray tracing

What is ray tracing? Well, speaking simply, it's just cool light stuff; a rendering technique with the ability to create more realistic light effects. Ray tracing tech is able to simulate the physical behaviour of light, so you'll be able to see it bounce off objects in the virtual world just as it would in reality. This is great news for the depiction of puddles and shiny surfaces, as demonstrated in Battlefield 5 where it's already been rolled out. It's actually been used for ages within film and TV production, but it was only with the release of Nvidia's RTX graphics cards in late 2018 that it really came to be talked about within gaming. Quite excitingly it's been announced it'll feature as standard within the new PS5 and the new Xbox Series X. You'll be hearing a lot about it in 2020.

How important all of this ends up being for the future of video games is up for debate. Still, much like everything in this list, it's an emerging trend for the year that's likely to have a big impact, regardless of its staying power. While you wait for it, why not check out some early examples of the tech in action with games like Cyberpunk 2077, Dying Light 2, Watch Dogs Legion, and Control. Otherwise, we'll see you back here in 12 months to laugh at how wrong (or, you never know, right) we were on all of these points.