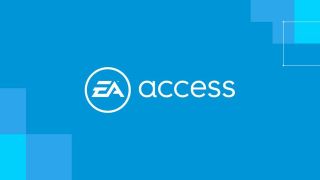 The list of EA Access games is live on PS4 now, but there's a pretty major discrepancy between it and its Xbox One counterpart. EA's console-based subscription service, which includes an expanding selection of games for download along with other bonuses, offers 32 fewer games on Sony's platform than it does on Microsoft's. EA isn't just holding out on PS4 players because it's mad Sony took so long to embrace the service; all of the discrepancies are either Xbox One exclusives or are Xbox One backwards compatible games.

EA Access was only available on Xbox One for the first four years of its existence, so it naturally has some catching up to do on the Sony side. Even if the difference was unavoidable, it does make EA Access feel like a better value proposition on Xbox. Here is the full list of 32 games that you can get as part of EA Access on Xbox One but not on PS4.

The clear majority of the list is composed of Xbox 360 games that are playable on Xbox One. So if playing last-gen games on your current-gen system isn't a big selling point to you, you probably shouldn't sweat the difference. The PS4 catalog still offers 44 games, including the secret best shooter ever Titanfall 2.

At least you can make up for it with some fantastic picks from our list of the best PS4 games.