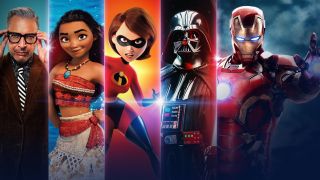 Some films have disappeared from the Disney Plus streaming service, and we've no idea why. According to Polygon, users noticed that in the waxing hours of 2020, a few films had gone missing from the extensive library, including Pirates of the Caribbean: On Stranger Tides, Home Alone and Home Alone 2, Dr. Dolittle, Flicka, and The Sandlot.

Polygon reached out to Disney for comment regarding the missing films, but so far has gotten no response. It's unclear what happened, but it's also not very surprising. Other streaming services like Netflix frequently put out monthly updates on the movies and TV shows that are coming and going from the service, but so far Disney has only announced shows that will arrive, not depart. The company has also never unequivocally said that what arrives on Disney Plus, stays on Disney Plus.

A Disney Plus spokesperson did say last November that "there will not be a 'rotating slate' of licensed movies each month...With Disney Plus, beloved classics from the Disney vault will now stream in a permanent home." That 'Vault' they are referring to is a metaphorical one, where Disney used to put their classic films (like Peter Pan and The Little Mermaid) in between releases, making physical copies of them nearly impossible to find until the next time they were taken out of the Vault. Is Disney secretly Vault-ing their Disney Plus titles? They likely won't ever touch the classic films, but does that mean they'll be systematically showing and hiding their other movies?

There's also that funny bit where a bunch of Disney films had pre-existing rights contracts with other streaming services - it's why Star Wars: The Last Jedi wasn't on Disney Plus until December 26 (Netflix had it). It's also why, according to Bloomberg, the service will lose Black Panther to Netflix in 2026. It's a streaming tug-of-war!

We'll keep you posted with any updates on the mysterious case of the missing Disney Plus titles, but as of now, we can only speculate.

Listen, there's still a lot to watch on Disney's streaming service, like the 30 best shows in Disney Plus.