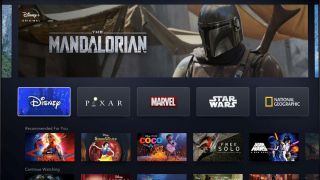 Disney Plus has launched in the United States, and already there are a reported 10 million people subscribed to the new streaming service. Most of them joined presumably to catch all those Disney classics the service has on offer. But wait! Reports are now indicating that multiple movies already have expiry dates, with some movies even leaving the service this year.

A report by ComicBook.com points out that some Disney Plus users have already trawled the service's meta-date to find out when certain properties will expire. While some classics like Aladdin will expire in 3001 (AKA long after the world has been destroyed by nuclear holocaust), others will expire before Skynet takes over. One title, Princess and the Frog, appears to expire much sooner, apparently leaving on November 25.

Several titles even have expiration dates set for 2019. #ThePrincessAndTheFrog is set to expire November 25. We'll see how that goes. pic.twitter.com/ARaBPLSul4November 12, 2019

It's entirely possible that these dates are placeholders. GamesRadar+ has contacted Disney Plus relations to ask for clarification.

- Sign up to Disney Plus here, complete with a seven-day trial.

Disney CEO Bob Iger has previously spoken about how content on the streaming service will expire, but that downloads will stay on users' devices. “If you’re a subscriber, you can download it and put it on a device, and it will stay on the device as long as you continue to subscribe,” Iger said. “If you wanted to download 10 classic Disney films that may not have all been available at once before, you can do that, basically fill all of your hard drive on one of your devices, and you or your child can watch wherever they are.”

A Disney spokesperson later clarified that Iger’s remarks were misconstrued. They told The Verge that, as long as titles are on Disney Plus, they’re available for download. Once those movies and TV shows leave the service, they won’t be available as downloads.