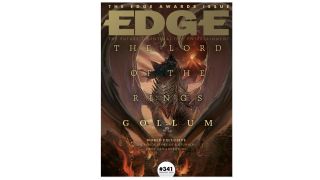 The Lord of the Rings: Gollum has officially been unveiled as a next-gen game for PS5 and Xbox Series X in the latest issue of Edge magazine.

German developer Daedalic Entertainment describes the game as a "stealth-action adventure with an intriguing dual-personality mechanic, gigantic levels, and a densely wrought aesthetic inspired by Tolkien’s own drawings," according to an exclusive new preview from Edge 341, on sale now.

The Lord of the Rings: Gollum was first announced last year, originally slated for PC "and all relevant console platforms at that time". It's also due to launch in 2021, so it'll be a little while before we see what Daedalic do with Tolkien's precious(ssss) creation.

The 10 best Tolkien games, with one winner to rule them all

Gollum will see, uh, Gollum start in Barad-dûr, a fortress in Mordor where the corrupted creature is being held prisoner, but you can expect to see plenty more of Middle-Earth beyond that, as the game promises "giant, persistent environments, each harbouring several questlines and a range of friendly or unfriendly faces."

On top of that, Daedalic also briefly delves into the potential of the next-gen consoles. "I’ve only heard rumours about the [Xbox Series X] specs, and it’s huge – very fast Flash memory", developer Martin Wilkes tells Edge. "Which excites me, of course, but I don’t think that’s relevant to this project, because we’re aiming for PC as well. Especially for level designers, though, that’s a dream come true, because we don’t have to concern ourselves with streaming corridors any more."

You can find out more about what to expect from The Lord of the Rings: Gollum in Edge 341, available now.

Want to get ahead of the newsstand? Subscribe to the print edition, digital version, or save even more with the print/digital bundle today.