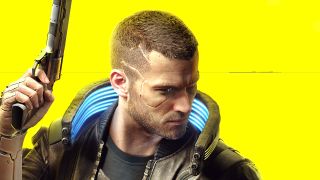 CD Projekt Red have consulted with Mike Pondsmith, the creator of the Cyberpunk tabletop game that Cyberpunk 2077 is based on, throughout the RPG's development. As Pondsmith revealed in the latest OXM issue, he will also play a part within the game itself.

"I have a role," he said. "I actually recorded for one role, but they came up with a different one for me, but I can't tell you much more than that. And I'm telling you that because there are a lot of fans who are going, 'He better be in the game somewhere.' So I'm in the game. I'm figuring what happens is, you know, at some point, [Johnny Silverhand] is playing his guitar and I'll come out and play my bass," he said with a laugh.

Pondsmith wouldn't - or rather, couldn't - share any more details about his role, but it sounds like he'll have more than a Stan Lee-style cameo. As much as I'd love to see his character play bass with Johnny Silverhand, it seems like making him a quest-giver would be the way to go. Among other things, Cyberpunk 2077 owes much of its world and narrative to Pondsmith, so casting him as someone who helps you explore that world seems fitting.

Maybe give Pondsmith an oddball quest that takes you through a lesser-known area lined with lore nuggets or tabletop-inspired Easter eggs or something. How about a quest that further explores the aftermath of Cyberpunk Red, the upcoming tabletop prequel to Cyberpunk 2077? The basis of Red could certainly make for an interesting questline. As Pondsmith told us at E3 2019, "[Cyberpunk] Red is mad against despair. It goes to hell, and people have to decide where they find hope, and what they do with it."

In any case, it'll be cool to see the father of Cyberpunk - that's this Cyberpunk, not all of cyberpunk, though Pondsmith's contributions are certainly up there - in Cyberpunk 2077 when it's finally released in April 2020.

Head here for more on the Cyberpunk issue of OXM. Find out where to buy OXM near you with this store finder. Don't fancy walking to the shops? Get OXM delivered directly to your door every month, with some great savings on an OXM print subscription.