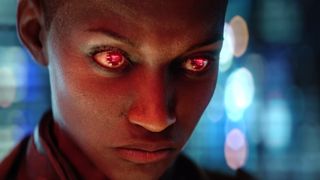 Cyberpunk 2077 will give you even more choices to make about your character and the world than The Witcher 3, the last game from developer CD Projekt Red. The studio offered some more details to fans about how your choices, both in character creation and throughout your time in Night City, will shape your particular playthrough in a new video with quest director Mateusz Tomaszkiewicz.

"On top of that, we also have these things called Lifepaths, which are the origins of our character that we choose at the beginning of the game when we create the character. So for example, you might imagine that if you're a Street Kid you have an easier time talking to different gangs. Or if you're a Corporate you might have an advantage over people from the corporations, since you know how they think and how they operate."

The Witcher 3 had something sort of similar to Lifepaths in the way it linked up with The Witcher 2; your choices in that game influenced some parts of Geralt's story in its sequel (or if you didn't import a save, you could just make a few choices in the intro). It sounds like your Lifepath will have a more wide-reaching effect on how your character approaches the world in Cyberpunk 2077, and those are just the story decisions you make upfront. There's plenty of room for the story to branch later based on choices you make in the moment. You may not even realize that you've passed a juncture point until long after it happens.

"One of the important things that we are doing in [Cyberpunk] is trying to make sure that the transitions through the quest are really seamless," lead quest designer Pawel Sasko explained in an interview with AusGamers. “It's one of the things we’ve done with our scene system, and we’ve reworked it completely from the ground up. People were saying our scene system [for The Witcher 3 was] one of the most advanced scene systems ever created, and frankly, we threw it away and made a new one that is even better."

Make sure you stay tuned to our Amazon Prime Day game deals, including a way to pre-order Cyberpunk 2077 for 17 percent off right now.