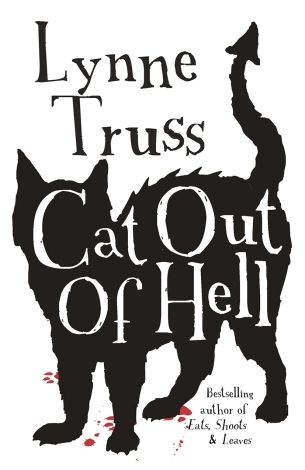 Cat Out Of Hell by Lynne Truss book review .

Dogs may be man’s best friend, but everyone knows that cats are evil, right? The eyes, the yowling, the obvious belief that humans are their servants? Well, maybe.

Alec Charlesworth, a grieving widower, is sent a collection of files which slowly reveal the existence of Roger, a talking, decades-old cat, and his mentor the Captain, a large black cat that’s been stalking him across the years, with any human that Roger gets close to suffering an untimely – and often quite horrible – death. As fantastic as the story sounds, Alec is taken with the well-read, well-travelled Roger (who speaks with a voice like Vincent Price), and Roger too is soon attracted to the retired librarian who thinks of Jane Eyre in times of crisis.

It’s a quite ridiculous premise, and yet it works perfectly – the novel is extremely entertaining as well as lots of fun to read, and Lynne Truss (author of Eats Shoots & Leaves ) avoids letting the story ever descend into silliness. From Roger’s creation through eight horrific deaths, to the Great Cat Master and his personal involvement with Alec, everything has a sense of joyous abandon. Truss may be best known for her rants against comma crimes, but she’s also an experienced comic fiction writer, and this is an inventive tale that’s sure to make you smile. Even if you’re a dog person.