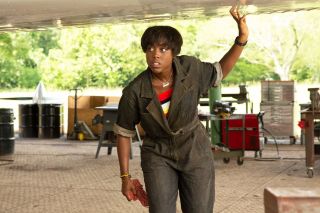 While Daniel Craig may be returning as James Bond in the forthcoming Bond 25, reports have begun circulating that the actor will no longer have the code number 007. That honour instead goes to Lashana Lynch, whose character has apparently taken over the secret agent number from Craig's Bond.

According to widely publicised report by The Mail, Bond 25 will begin with Craig's super spy having retired to Jamaica. However, a new villain, presumably played by Rami Malek, will pose such a great threat that MI6 will have to recruit the old 007 for help.

“There is a pivotal scene at the start of the film where M says, 'Come in 007', and in walks Lashana who is black, beautiful and a woman,” the apparent 'movie insider' said. “It’s a popcorn-dropping moment. Bond is still Bond but he’s been replaced as 007.”

The news has been widely praised on social media, with many fans of the series acknowledging that keeping Bond as Bond, but allowing the code number to apply to multiple characters, is a smart way of continuing the series post-Bond 25.

The producers of Bond have tried multiple times to have the 007 number apply to multiple characters. An initial draft of Skyfall had Javier Bardem's villain as a jilted former 007, while Danny Boyle was rumoured to have left Bond 25 as director after the producers wanted to finish the movie with Bond dying (the official reason was that Boyle and the producers disputed over the script). Whether new director Cary Joji Fukunaga, who took over from Boyle, will have that ending for Craig's Bond remains unknown.

In other Bond 25 news, Christoph Waltz has reportedly joined the cast of Bond 25, reprising his role as Bond's arch nemesis Blofeld. Phoebe Waller-Bridge has also worked on the script, previously saying she was brought on board to make sure the film "treats the women properly".