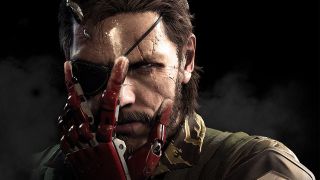 With all the rumors about PS5 and Xbox Project Scarlett flying about, it's hard not to think about what we'll be playing on them. Sure, there'll be a bunch of sexy launch titles that are probably being worked on right now, but you know that the remasters will follow just as sure as the moon pops up once the sun has gone to bed. We asked the team what's on their list for a next-generation polish, and then locked them in a room until they'd written down why. This is the latest in a series of big questions we'll be interrogating our writers with, so share your answers and suggestions for topics with us on Twitter.

I put a few hours into Metal Gear Solid 5 near launch, but I had already heard too much about how the final act was marred by repetition and an unsatisfying conclusion. I just couldn't get excited enough to see where the story went and it kept me from enjoying the rest of MGS5. Blame Peace Walker's false ending, I guess, because it annoyed me enough that I never bothered to keep playing for the "true" conclusion. Anyway, a few years of reconsideration on my part and a freshly remastered next-gen version of MGS5 would be enough to get me past that hump. Though in my heart of hearts, what I really want is for Konami and Hideo Kojima to patch things up long enough for him to return and give his final entry in the Metal Gear saga the edit pass and proper conclusion it deserves. I also want to see him cook up more bizarre business like Death Stranding with the independent Kojima Productions, but a brief reunion with his old company and series could go far. Connor Sheridan

It doesn't matter how many wonderful games come along, the PS4's pair of early exclusives still have a special place in my memory. Anthem may have cool Javelins and Spider-Man PS4 might have you swinging through Manhattan, but it's floating through Seattle using smoke or literally sucking the neon from billboards that made my heart soar. I loved the innovative ways Infamous: Second Son and Last Light used the DualShock, made fantastic use of the early graphics powers long before PS4 Pro was a twinkle in Shaun Layden's eye, and introduced characters that were as flawed as they were average humans, the kind of characters you could see yourself going for a beer with. Plus, a game that makes me feel like one of the X-Men is always going to go down well with me. Sam Loveridge

If anything is going to be remastered from this miserable generation it’s going to have to be Quantum Break. Okay, listen, when it comes to Quantum Break, I can’t get enough of it and I refuse to be impartial. When some people get in at 3 am on a Friday night they put on Netflix, but I put on the Quantum Break live-action episodes. Patrick Heusinger gives the performance of his young life as badass Liam Burke, and that my friends is a true fact. What am I supposed to do when Project Scarlet comes out? Dig my Xbox One out of the cupboard at three in the morning? I don’t bloody think so. Besides, imagine how amazing those live-action episodes will be in 8k or whatever ridiculous video format is the standard by then. Quantum Break is the most entertaining action game of this generation and it will be the most entertaining action game of the next generation - hell, maybe even the generation after that - if Bruce Livingston’s Time Knife screenplay takes off and gets the DLC recognition that it truly deserves. Oh Quantum Break, the generational divide between next-gen consoles will never tear us apart. Never. Josh West

Don't look at me like that. I just think that after the star-spangled brilliance of the first Mass Effect trilogy, Bioware should get another chance to release Mass Effect: Andromeda as it was meant to be. You know, with fewer characters going through the whole thing looking like they're working their way through a bag of dangerously sour taffy. A remaster would give Bioware room to make a few tweaks to the more mawkish moments of the story, and dear god, it could even cut out that awful planetary travel animation that seemed to take hours. Just remove the whole thing and throw it on the fire. With just a few changes, and a shiny coat of next-gen varnish (and a few years to tamp down the outrage over the original release), we could all finally enjoy Andromeda and its Pyjak. Rachel Weber

Before Spider-Man was ever a twinkle in Insomniac's eye, Sunset Overdrive proved the studio had a real talent for nailing kinaesthetics in open-world games. The obnoxious story didn't do it any favors, but Sunset Overdrive's action-infused mobility deserves another chance to be appreciated on next-gen consoles, where a smoother frame rate and native 4K resolution could make those fizzy visuals pop even louder (if that's even possible). Plus, if a remaster meant PlayStation players could finally get in on the action, I reckon there's a good chance Sunset Overdrive could finally receive the recognition (and sales numbers) it really deserves. Alex Avard

Let's get this out of the way right now: I will take any excuse to play Bloodborne again. That aside, a PS5 Bloodborne remaster could also improve the game's load times, which are a bit of a buzzkill even after its many updates, as well as the occasional FPS dips you see playing on a normal PS4 (I can't speak to PS4 Pro performance). Putting more powerful hardware behind it would in theory take care of most of that, and a proper remaster would give From Software a golden opportunity to update the game's fast-travel system. I really wish you could go from lantern to lantern without stopping by the Hunter's Dream hub every time. That'd be like 50 percent fewer loading screens right there. And while the game looks great to begin with, I wouldn't complain about some enhanced visuals either. Let's make those blood splatters sing. Austin Wood

Guerrilla Games' Horizon Zero Dawn sits proudly in my collection of PS4 games, which is good, but it's still got the shrink wrap on, which is bad. To my great shame, I never made time for one of the best games of 2017, as I seem to have a bad habit of only taking on massive open-world adventures when they star a superhero. At this point, I have to be honest with myself and admit that I may never get around to this acclaimed PS4 exclusive or The Frozen Wilds DLC... unless a PS5 remastered bundle rolls around and lures me in with even prettier visuals. I'm imagining Aloy darting around robo-dinos at a smooth 60 fps, in a lush landscape full of super high-res textures and the kind of draw distances that would make a modern console buckle. Lucas Sullivan

Look, I know it came out really recently. I know. But if God of War looked that eye-wateringly glorious on PS4, just think what Kratos' worn skin and Atreus' little red quiff would look like with brand new technology behind the game, pushing it to even newer levels of graphical prowess. The forests of Alfheim would be so delicate, so unearthly that you'd be able to spend hours in photomode getting the lighting just right, and the Valkyries would probably look so lethally beautiful that you might not even mind when they bellow "VALHALLA" and beat you to a pulp. I mean, the closer they get with those attacks, the more detail you can drink in, right? As the launch of God of War was the PS4's crowning moment (fight me), having a remastered version for the PS5 would link the two consoles nicely - I can practically see the PS5 + God of War bundles on the shelves already. And despite the prospect of having to live on beans and toast for a month afterwards, I can see myself walking away with one without any hesitation whatsoever. Zoe Delahunty-Light

Did we get it all wrong? Are we skipping a current gen classic? Let us know on Twitter.