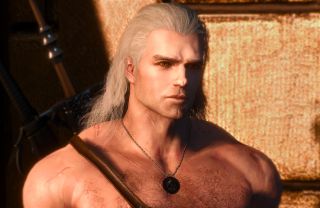 Netflix’s take on Geralt's adventures saw a staggering 103,329 players returning to the game on Steam, which is where the best Witcher 3 mods come into play. A Henry Cavill mod is obviously top of the list but there's plenty more you can do. The Witcher 3 mod community is thriving, continually adding new content, bug fixes, visual overhauls, weapon skins and more. I’ve scoured the depths of the web with my Witcher senses and found the best Witcher 3 mods that you'll want to download before beginning your next adventure. It'll certainly keep you busy until the The Witcher season 2 arrives sometimes in 2021.

Let's take a look at what you'll need to do to install the mods and then cover some of the essential must haves.

How to Install Mods

Modding your games can be a rather daunting task, but fear not, there is a handy tool that makes the whole process quick and painless. Nexus Mod Manager keeps all your mod profiles in one place, allowing you to manage your load order and resolve any mod conflicts with ease. If something isn’t working, Nexus Mod Manager will tell you.

Get The Witcher 3 Debug Console Enabler

You’ll need to download the debug console enabler if you want to begin experimenting with the various player-made mods listed below. This handy mod allows you to use console commands that change the game’s various settings like spawning items, levelling up, switching character models, and even unleashing monsters of your choice. There’s a lot of things you can do with this mod, so make sure you download console enabler and follow the installation instructions outlined in the link below.

If you loved Henry Cavill’s portrayal of Geralt of Rivia and want to see more of him, then this mod replaces the White Wolf’s grizzled face with the Witcher-loving actor. The mod even face swaps Yennefer’s face with that of Anya Chalotra, so if you find yourself growing tired of The Butcher of Blaviken’s scruffy look and also wish to give Yennefer the show’s piercing purple eyes, then this mod will give you the looks needed to strike fear into any monster while also landing that all-important Netflix role. The wait for season 2 may be a long while off, but Cavill and Chalotra’s adventure needn't come to a close.

The Witcher 3: Wild Hunt may have been released in 2015, but the game’s world is still stunningly beautiful. Of course, that hasn’t stopped the modding community from making further visual improvements. This ambitious mod reworks everything from buildings, rocks, water, vegetation, NPCs and animals – in fact, nearly everything has been overhauled in the pursuit of graphical fidelity. A great amount of care has been taken to ensure that CD Projekt’s original style has been maintained, while also keeping performance from dropping despite the hike in graphical quality. This mod should be a top priority for any player looking to be wowed all over again by The Witcher 3: Wild Hunt’s beautifully rugged world.

All Quest Objectives On Map

Being a Witcher can be a tough, and keeping track of every pig farmer’s plight, tavern owner’s quarrel and Baron’s bloody request can prove a little difficult, especially if you happen to find yourself getting muddled up in numerous objectives. While Geralt likes to keep things simple, those he meets along his travels rarely keep him from leading such a life. Just like in the Netflix show, the White Wolf constantly seems to stumble into all kinds of situations and some of them will test your resolve as well as your own morality. There are some truly fantastic quests in The Witcher 3 and a lot of them have multiple objectives, so having a mod that allows you to effortlessly track each and every one is fantastic. You’ll never lose track of your objectives again with this handy mod.

This mod allows you to customise the game’s HUD to your liking, allowing you to pick and choose which indicators show up on screen. For example, hiding Geralt’s Witcher sense hints not only gives you greater immersion when piecing together the game’s bloody puzzles, it also creates a much more challenging quest experience. The addition of 3D markers for quests and NPC tracking options help make adventuring around the Continent even more exhilarating, creating a hassle-free playthrough filled with plenty of customisation options. This mod is great for those wanting to ramp up the difficulty on consecutive playthroughs or for players that simply wish to make improvements to the game's menus.

Traversing through lush plains, ancient forests, rugged mountains and deadly swamps on Geralt’s trusty steed Roach is far from dull, especially when you happen to find some hidden treasure or frightening fiend lurking in the shadows. However, 21st-century life can get a little hectic and we’re not always granted the time needed to truly get stuck into a long night of monster-slaying. Fortunately, this handy fast travel mod allows Geralt to teleport from any location on the map without needing to be near a signpost, instantly cutting down any lengthy commutes and giving you even more time to play another round of Gwent.

This mod may not be visually striking nor does it add any crazy weapons for Geralt to craft, but it is the only official mod to be made by Andrzej Kwiatkowski, a Senior Gameplay Designer who worked on The Witcher 3 and both its expansions. FCR3 mainly fixes immersion-breaking areas of the game, buffs underperforming skills/items, adds plenty of cosmetic changes, and irons out bugs that were present in the vanilla game. It also fixes a few items and abilities that made Geralt nearly unkillable, toning them down in order to create a more refined challenge. Due to this mod’s impact on character development, Geralt's abilities will be reset and all his skillpoints will be returned, so be sure to respec him before jumping into your next bloody brawl.

Photography isn’t really a Witcher’s strong point, but that doesn’t mean Geralt can’t add it to his repertoire – besides, it would certainly help the White Wolf record his tales of valour without the need for Dandelion’s fictitious ballads. The Witcher’s world is as beautiful as it is brutal, so it was only a matter of time before someone made a photography mode. This mod allows you to effortlessly hide the HUD, change the weather, toggle various gameplay effects, control time, create fog, and even make Geralt disappear so that you can capture that award-worthy shot.