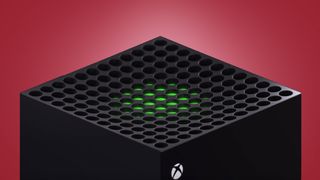 The Xbox Series X was just announced and it's already causing some serious drama in the community. Phil Spencer shared a Digital Foundry article about the console's design on Twitter and shortly after Gearbox's Randy Pitchford responded with some choice words.

Is Moore’s Law slowing down? How many transistors in the Series X? What if Moore’s Law is like the 4-minute mile? Your ambitious message for the Xbox One X was inspiring, but for Series X, well, this feels more like an excuse. https://t.co/7ihDmwWzO3December 19, 2019

So, Spencer shares an article that discusses the design of the Xbox Series X with some pretty heady tech theories and Randy Pitchford questions those theories while simultaneously suggesting Spencer is using them as an excuse for the Xbox Series X's design, which he implies isn't good. Let's unpack this.

Moore's Law is the theory that the number of transistors (which help a computer complete calculations) on an affordable computer will double every two years. That means each new microchip will double the transistors of the previous generation but at the exact same cost of production - but Moore's Law is slowing, despite Pitchford's tweet suggesting it's not.

Moore's Law slowing means that microchips won't get any smaller at a certain point in the near future, but with the industry demanding new consoles churn out more processing power, the consoles themselves will have to be designed differently to compensate. The Digital Foundry article Spencer shared points out that "the more power you need, the more heat you produce - necessitating innovation in terms of thermal dissipation." That's why the Xbox Series X is so big.

What's interesting in this Twitter exchange is that Pitchford is, quite plainly, wrong. Moore's Law is slowing, and that will affect console design in the future. Why Pitchford chose to lash out at Spencer in such a way is unknown, but ResetEra points out that Gearbox's Godfall is a PS5 and PC exclusive…

The next-gen console battle has just begun. Check out everything we know about the PS5.