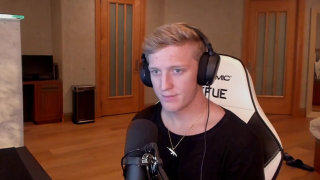 Tfue is a name that will be familiar to anyone who follows competitive Fortnite, as he quickly rose to prominence during 2018 as one of the best players in the world, often beating players like Myth and Ninja. There's more to him than just being a successful Fortnite player though, so if you find yourself asking "who is Tfue?", we can help. This is everything you need to know about Tfue, from his contract with FaZe Clan to his Fortnite career so far.

Turner "Tfue" Tenney is a content creator who specialises in Fortnite content, ever since early 2018 when the game started to grow in popularity. Before this, he streamed games like Call of Duty and H1Z1, along with being a prominent member of the Destiny community.

While a number of Fortnite streamers have reached the heights they have thanks to their infectious personality (while also being competent at the game), Tfue is one of the only players who is a competitor first and foremost. His focus is on being an esports Fortnite player rather than an entertainer, which led to his arrival (and subsequent departure) at FaZe Clan.

Over the last two years, Tfue has won numerous online and offline tournaments, including the Fall Skirmish event at Twitchcon 2018 and Week 3 of the World Cup North American east coast qualifiers. He competed in the first ever Fortnite World Cup, but failed to perform on the big stage and finished in 67th. At the time of writing, Tfue has 11.5m subscribers on YouTube and 7.4m followers on Twitch, making him the largest active streamer on the site.

May 2018: Tfue was banned from Twitch after saying a racial slur. The ban was later revoked as Twitch decided it wasn't used in a racist manner.

July 2018: Tfue's Epic Games account received a permanent ban after he was discovered to be buying and selling accounts, which is against the Epic Games terms and conditions. He was then banned from Twitch later that month for two weeks.

May 2019: He filed a lawsuit against his former team, FaZe Clan, claiming that they pressured him into living in one of its houses in L.A, along with underage drinking, gambling, and "dangerous stunts". He also claimed that he only got 20% of the revenue from any published videos on Twitch, YouTube, or social media. FaZe Clan replied that they only took $60,000 in total and offered him an improved contract more than once, but all of them were rejected.

August 2019: After the aforementioned scenario dragged out over several months, in August 2019, FaZe Clan sued Tfue claiming that he disclosed confidential information to media publications and violated his contract by disparaging the company.

September 2019: Tfue uttered another racial slur while streaming, but managed to avoid any ban from Twitch. Many speculated that this was because a number of high profile streamers were leaving the platform in favour of YouTube and Mixer, so this was their way of keeping one of their more popular influencers on the site.