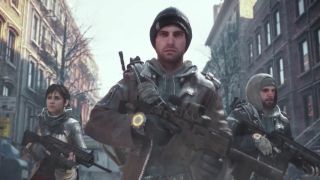 It's been a few months since Ubisoft gave The Division some significant tweaks with update 1.3, but it sounds like the game is about to get an even bigger overhaul with the impending update 1.4. Gear, armor, weapons, and skills are all on the table for big changes, and it's all part of Ubisoft trying to make the game more challenging.

"One issue facing The Division today is that the power difference between optimized and non-optimized builds is too great. We still want people to optimize their gear and min-max to their heart’s content, but in order to balance the game, we need to reduce the gap between the two extremes," reads a post on the game's official website. "As part of Update 1.4 we also want to bring back the shooter feeling, add more decision making and hard choices when building your character and add more variety to the viable builds."

There is seriously a lot to digest, so if you want the full breakdown, I suggest setting aside some time to read the official notes. Otherwise, check out these recaps:

No word on when exactly update 1.4 will go live for everyone, but if you've got a copy of the game on PC, you can jump into the Public Test Server and try them out now.