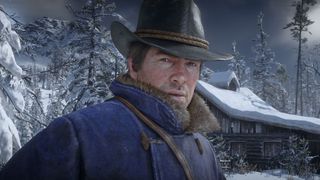 Now that it’s Black Friday it’s time to get straight to the point: these are the very best console deals out there no matter if you’re after a PS4, Xbox One, or Nintendo Switch. This list is about as brief as it gets, as we don’t want to crowd you with options, so you can get a PS4 Pro with Red Dead Redemption 2 from Best Buy for $399.99, an Xbox One with Fallout 76 from Walmart for $429, or a Nintendo Switch for $249 from eBay. You could be decadent and get all three, but really even just one of these bundles has enough gaming glory to last you hours and hours and hours.

PS4 Pro with Red Dead Redemption 2 for $399.99 from Best Buy
Play That Cowboy Game in super high-resolution thanks to the PS4 Pro and kiss your free time goodbye. View Deal

Xbox One X with Fallout 76 for $429.99 (save $70) from Walmart
Wander through the wasteland to your heart’s content on the most powerful console around. View Deal

All three of those deals save you one hell of a lot of money, and considering how big the games are that come with them are the likelihood is that you’ll be reaping the benefit for months to come. Red Dead Redemption 2 is one of the best - if not the best - game to come out in 2018, with its tale of outlaws struggling to survive a masterclass in storytelling. Plus you can actually find a Red Dead Redemption 2 vampire in it, which is quite something.

Then there’s the tiny beast that is the Nintendo Switch. From indies to big-name games like Breath of the Wild, you really can't go wrong with the portable console. Up next is Fallout 76 on Xbox One X, which doesn’t just have the delights of the wasteland to keep you busy - there’s also actual people wandering around who you can team up with to take on the Scorchbeasts together. Or you could nuke part of the map. Which is also ok, I guess.