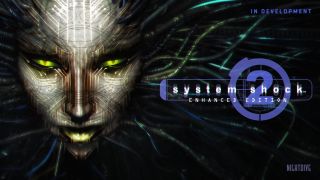 Since its original release in 1999, Irrational Games and Looking Glass Studios' System Shock 2 has been confined to PC, which is a shame because it indirectly spawned innumerable classics like BioShock and Prey, and it ranks right alongside Deus Ex in terms of its impact on the industry. System Shock 2 was re-released in 2013 thanks to retro resurrector Nightdive Studios, but again only on PC. Fortunately, Nightdive says it's now working on an Enhanced Edition of the storied sci-fi immersive sim, and it could be our best chance yet at playing System Shock 2 on other platforms.

We know little and less about System Shock 2 Enhanced Edition at this stage. Nightdive briefly announced the game on Twitter and said it's "coming soon," but how it will improve on the original and when exactly it will arrive is anyone's guess. It could be as simple as a 4K PC re-release, or it could be as ambitious as a multi-platform relaunch for one of the best sci-fi games of all time.

This may rile some purists, but I wouldn't complain if the Enhanced Edition made changes to more than just the game's graphics. System Shock 2 is one of the most influential immersive sims of all time, but quite frankly some parts of it just haven't aged well, especially its often un-intuitive skill tree. I don't see any harm in modernizing the classics as long as their soul remains intact, and a few minor tweaks could make System Shock 2 much more approachable for modern players.

If you're looking for something to tide you over until this re-release, you could do far worse than Void Bastards, a brilliant tactical FPS from the co-founder of Irrational Games which has more than a bit of System Shock to it.