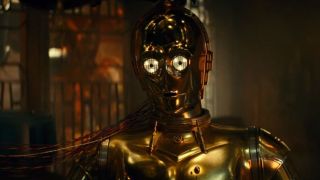 Don’t expect to see any new Star Wars movies in the near future. Disney CEO Bob Iger has confirmed that all things a galaxy far, far away will be primarily television-focused for the next couple of years in the wake of Star Wars: The Rise of Skywalker.

“On the Star Wars front… we're taking a bit of a hiatus in terms of the theatrical release,” Iger told investors during a recent investor call (via Fool). But that’s not to say future projects – such as Rian Johnson’s Star Wars trilogy – are dead in the water. Lucasfilm will still be “developing both television and features.”

However, television – i.e. Disney Plus – will be at the centre of LucasFilm's attention, at least across the next few years. “The priority for Star Wars in the short-term is going to be… television for Disney Plus,” Iger explained. “Then we will have more to say about development of theatrical soon after that.”

Those plans have already been hinted at, with Iger suggesting a Mandalorian spin-off is a distinct possibility, while both a Rogue One show (starring Diego Luna as a younger Cassian Andor) and an Obi-Wan series are confirmed to be in the works, despite the latter’s recent issues over scripts.

On a more immediate note, Disney has also confirmed that The Mandalorian season 2 will release in October 2020. So don’t expect to hear anything in the way of Star Wars movies until Baby Yoda and company make their second bow later this year.

Whether you're a newbie or a die-hard, here's how to watch the Star Wars movies in order