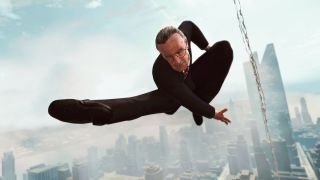 In news that even the truest of believers probably didn't see coming, it looks like Stan Lee is getting his own superhero movie. Sorta.

According to The Hollywood Reporter, 20th Century Fox has brought the rights to Lee's life story. Instead of it being a straight biopic, however, the studio will turn it into a 1970's action-adventure movie that will have a similar tone to "Roger Moore’s 007". Really.

You can trace Marvel's industry-changing success all the way back to Lee - who had a big hand in creating heroes such as Spider-Man, Hulk, and many more - so in a sense this is pretty fitting.

With that said, it's a little strange that this project is coming from Fox - who have had mixed success with their Marvel movies - and not the much more consistent Marvel Studios, whose films have regularly included a cameo from Lee. Nonetheless, it will be interesting to see how this project moves forward with casting (we'd like to nominate Bryan Cranston for the role) and the like.