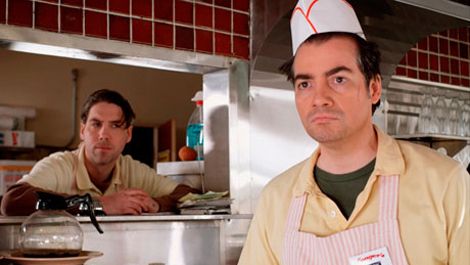 A classy cast and cool comic-book aesthetic lift this horror comedy above being ‘some movie about a serial killer’. That said, it’s neither particularly original nor in any way scary.

Kevin Corrigan stars as Ken, a twitchy loner fresh out of psychiatric care, whose former tormentors start turning up dead.

SGWKP is a bog-standard revenger, albeit with a cheeky sense of humour and a good heart (Ken discovers he has a daughter and falls in love with Lucy Davis’ kooky Brit).

Exec produced by John Landis, directed by Mega Shark Vs Giant Octopus man Jack Perez, it’s a slasher you can take your mum to.